Owners of cats know that understanding cats is not so simple. Happy purring is one thing, while happy purring with meowing or tail flicking is another. How can cats tell you about their desires? What is the cat’s body language and what is the key to understanding your feline friend?

To show emotions cats use verbal and non-verbal signals. Verbal communication means sounds produced by pets, while non verbal communication means showing emotions with the help of gestures and poses. Unfortunately, an owner cannot always understand cat’s behavioural meanings. Nevertheless, there are a number of signals that will help an owner to understand cat behaviour and know what your pet wants.

Surprisingly, even now, scientists have not fully discovered the mechanism of cat purring. Questions as to why does a cat purr and what for remain unanswered, and there is only hypothesis. Cat’s purring might be loud, intensive, and rich by its nature. It is interesting that kittens at the age of only two days already know how to do that. With the help of this signal a cat:

It is believed that cats rarely communicate with each other with the help of meowing. The exception is kittens, who talk to their mother in such a way. An adult cat who is meowing, most likely wishes to attract the attention of their owner.

By the way, the talkative nature of cats often also depends on breed. Siamese, oriental and Thai cats are well-known for being chatty.

It is difficult not to notice and not understand why the cat fuffes. An owner usually sees, that a cat is frightened. Cats usually growl for this reason as well. A pet, who is afraid of something or someone, can also make short screams. In such a manner, a cat can also demonstrate their emotions towards a new cat who appears at home. 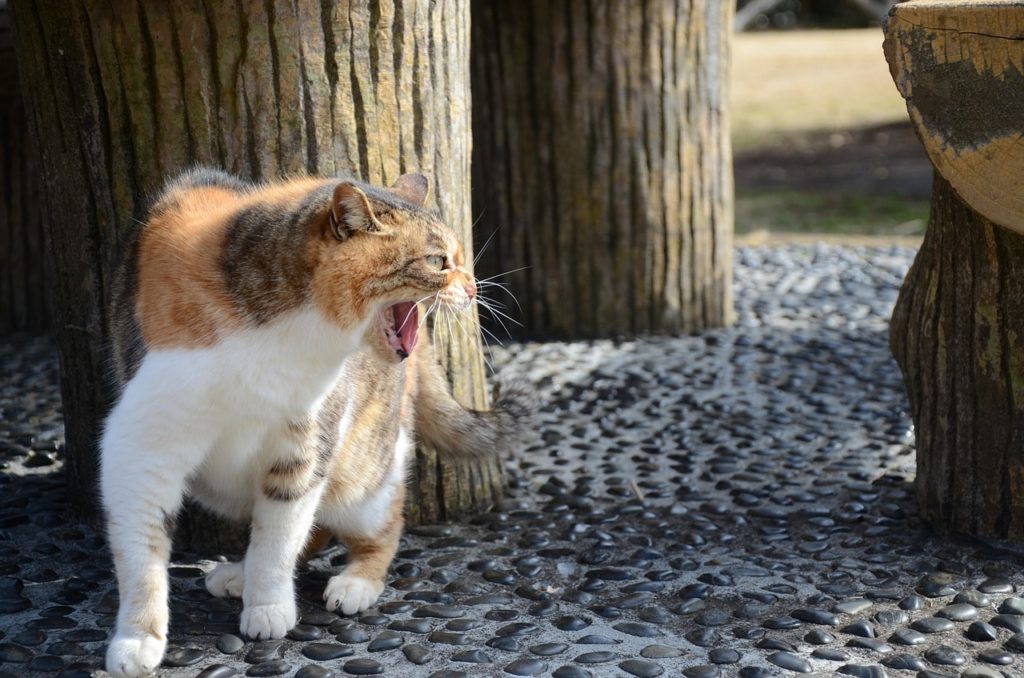 An owner can also understand the behavior of their cats by the movements of their tail:

Ears and their meaning

When your feline friend lays their ears back, it means that the cat is annoyed, scared or preparing for an attack. If the cat directs their ears forward, then they are demonstrating their interest in something.

Understanding habits and behaviour of cats

Very often owners do not pay attention to the behaviour of their cats, because they think that verbal and non verbal signs do not mean anything. However, in this way pets simply express their emotions. For example, all cat owners know a situation when their pet is kneading and purring. This means that the cat feels satisfaction and fully trusts their owner. This habit is formed in the early childhood, and kittens do that when they are fed by their mum.

How to Introduce Two Cats to Each Other?